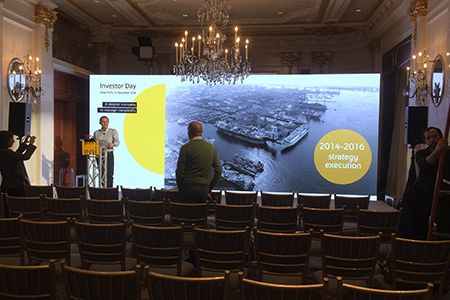 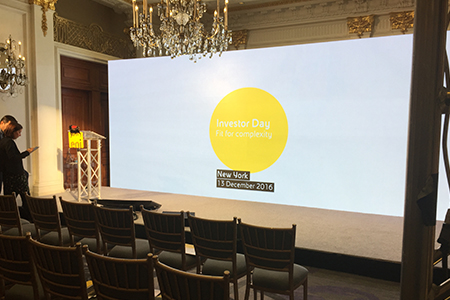 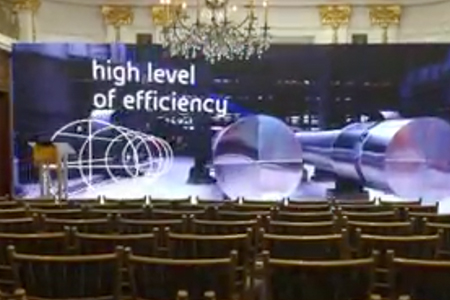 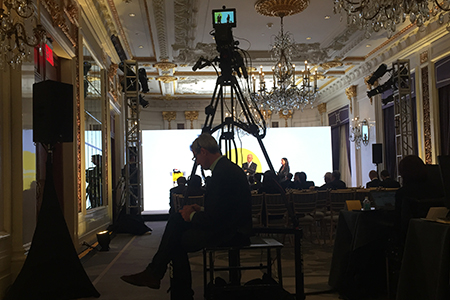 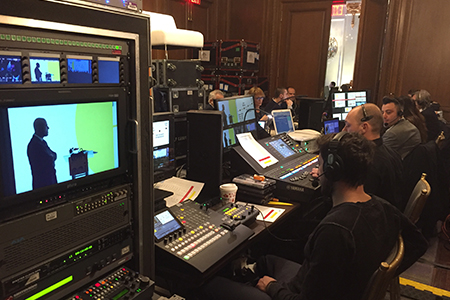 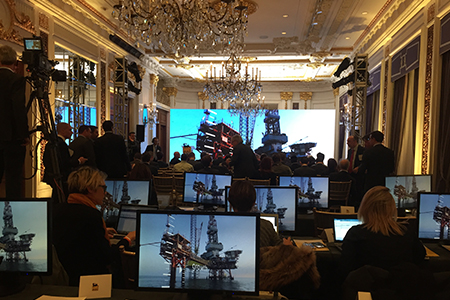 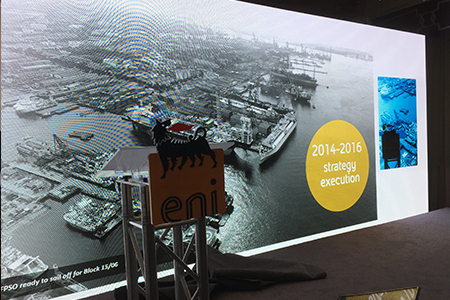 Eni is an Italian multinational oil and gas company, which is currently the world’s 11th largest industrial company with operations in 79 countries. Eni consistently ranks among the top 100 on Fortune’s Global 500 list for largest companies by revenue, so it’s easy to see why their Investor Day in NYC is a big deal.

The December 2016 event was held at the St. Regis in New York, a historic luxury hotel running since 1904, which is located at 2 East 55th St. between Madison and Fifth.

We had the honor to work with EventItaliani – emotionmaker to produce this fully customized event for ENI, including a customized stage and communication system, as well introducing our 2.8mm LED Wall. The entire event was live streamed, and satellite feeds brought in important participants that could not be there in person, while our recording crew captured everything.

This was an important production that brought our company to the next level. Our customer was thrilled that we could create such a perfect experience for them, but that we were also able to come in budget.