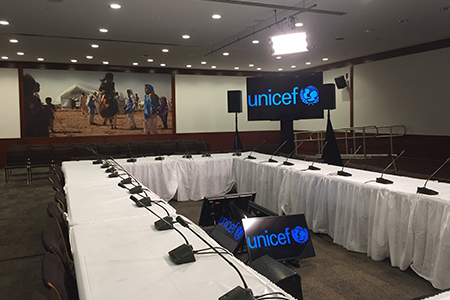 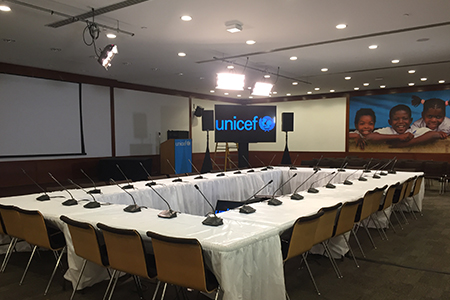 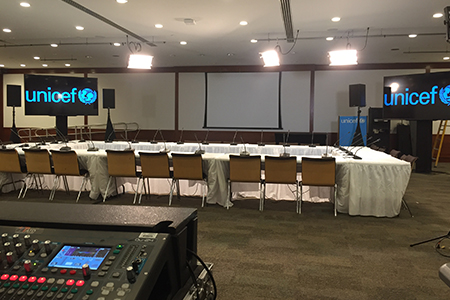 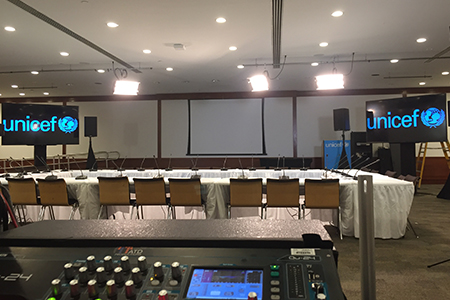 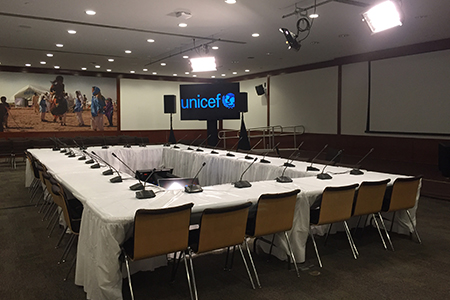 “Launched in 2010, the purpose of the SUN Movement is to catalyse collective action and create an enabling environment to end malnutrition in all its forms. With 60 countries and three Indian States at the helm, the SUN Movement represents an unprecedented country-led effort to bring together stakeholders from governments, civil society, businesses, UN agencies, and researchers – and provide them with a collaborative space to convene, mobilise, share, learn, advocate, align and coordinate actions and approaches to improve nutrition.”

ATD worked closely with the SUN Movement Secretariat to coordinate technical services for the 2017 meeting. After defining exactly what was needed, we provided all the video equipment, including standing monitors for the audience and floor monitors for inside the “O” shaped table arrangement for participants, as well as all audio equipment, including conference mics with push-to-talk functionality. Video conferencing allowed diplomats from around the world to be “present”, and additional lighting enabled all faces to be seen clearly.