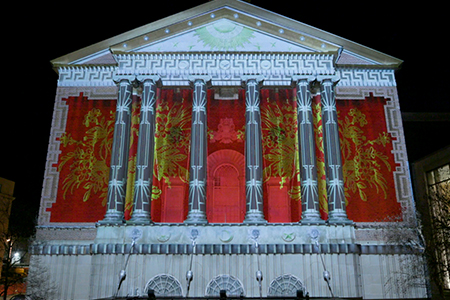 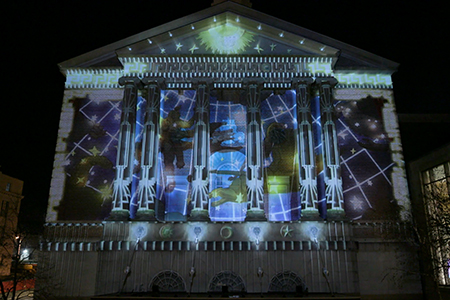 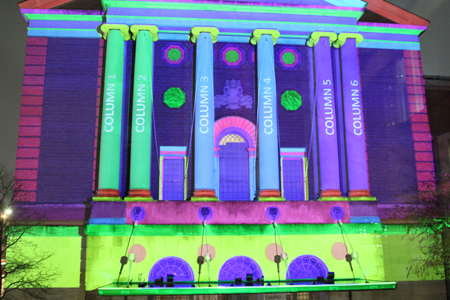 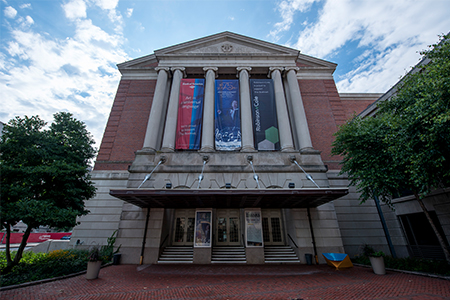 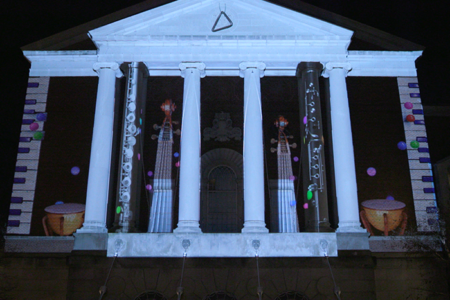 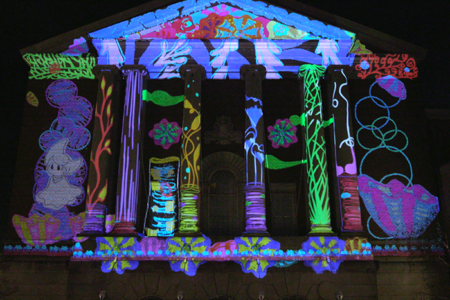 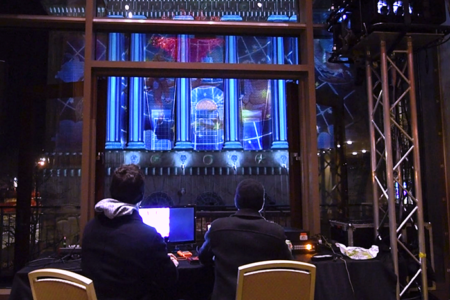 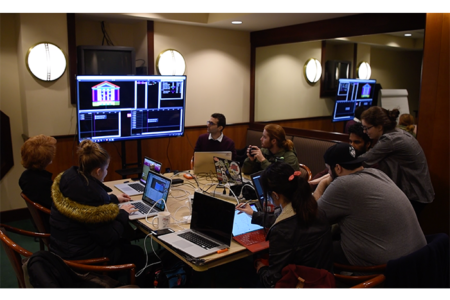 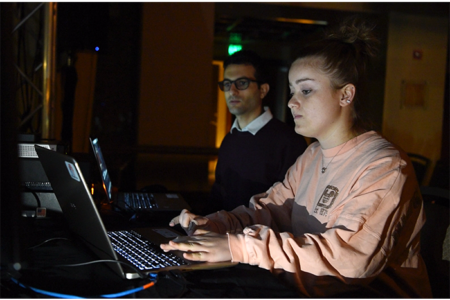 Custom animations created by students in UConn’s Department of Digital Media and Design, were mapped on the façade of The Bushnell Performing Arts Center for the “Pictorus” Student Showcase which took place in December 2018.

ATD served as technical partner, providing all audio and visual equipment needed to put on the event, including two 20,000 lumen projectors with short-throw lenses, mounted under the glass portico of the courtyard façade; a media server; and a Christie Spyder X80 multi-screen windowing processor.

“The Bushnell’s façade was ideal for projection mapping,” says Or Israel, president, ATD. “It has many 3D elements – columns, brick walls, and lions’ heads supporting the portico – which made an interesting surface to display the 1920 x 1920-resolution content. The façade had been scanned and content specs supplied to the students who built their projects on templates of the projection surface.”

The project was the first projection mapping assignment for the new Christie Spyder X80, which ATD acquired last November.

“We knew if we used the X80 it would be a stress-free show,” says Israel, who acted as project manager. “With the Spyder X80 we connect the system and everything works. I feel free to mingle with the client; without it I have to be behind the technicians making sure nothing goes wrong. Even though the X80’s success rate is extremely high, we also had the security of Spyder’s built-in redundancy; we knew the still store would step in if there were any failures.”

“The show was initially supposed to be a two-day test, but when the CEO of The Bushnell saw it he was so impressed by it and what it could mean for the theater that we installed it for the three-week, sold-out run of ‘Hamilton.’”, said Ryan Glista, Project Manager at The Bushnell’s Digital Institute.